Jignasa Gadani is the Director of the Office of Energy Policy and Innovation at the Federal Energy Regulatory Commission. She formerly held the position of Acting Director of that office.

Prior to joining the Office of Energy Policy and Innovation, Ms. Gadani served from 2010-2014 as the Director of the East Division in FERC's Office of Energy Market Regulation. Ms. Gadani has held several other positions at the Commission, including as an attorney advisor in the Office of the General Counsel’s Energy Markets Division from 2001-2006 and 2009-2010, and as a Legal Advisor to Commissioner Philip D. Moeller from 2006-2009. During law school, Ms. Gadani also worked at the Illinois Commerce Commission.

Ms. Gadani earned a B.A. from DePaul University and a J.D., with a Certificate in Environmental and Energy Law, from Chicago-Kent College of Law, Illinois Institute of Technology. 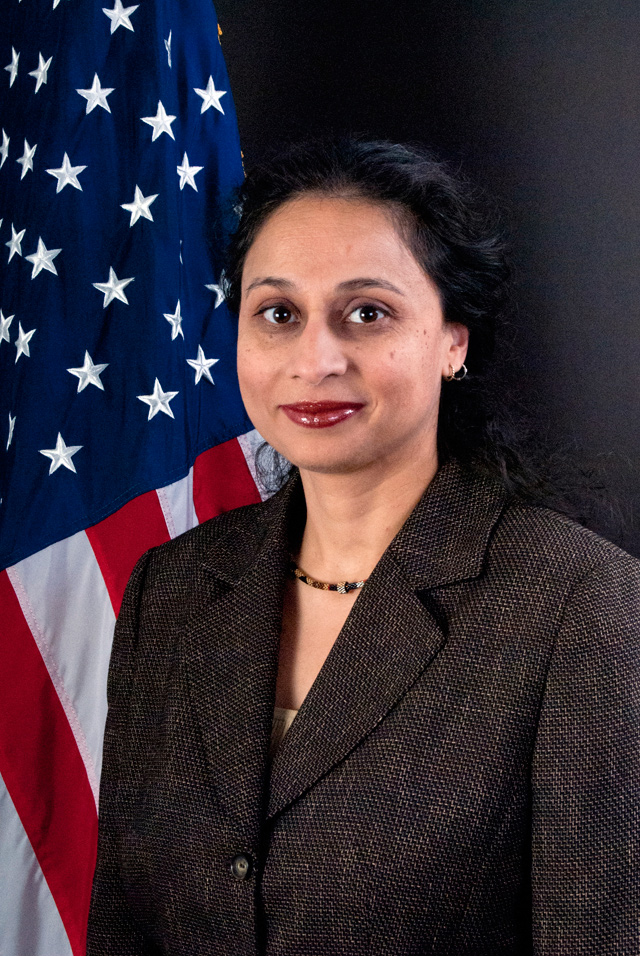