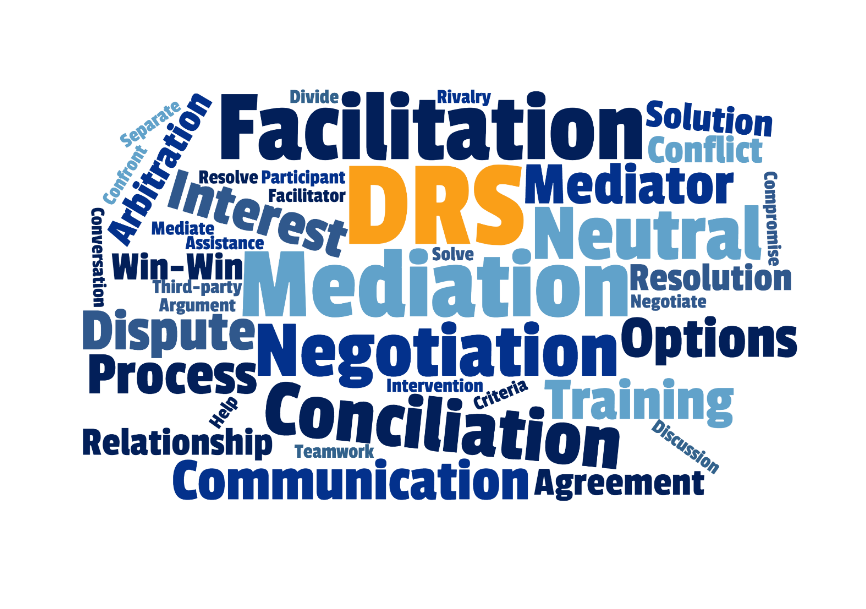 The Dispute Resolution Service (DRS) provides neutral and independent alternative dispute resolution (ADR) services, assisting parties in the voluntary resolution of their energy and environmental disputes-- prior to, during, or after a complaint is filed with the Commission.

DRS staff are trained professionals highly skilled in conflict resolution, prevention, negotiation, and alternative dispute resolution (ADR) techniques.  All communication with a DRS representative is confidential, unless otherwise agreed to.  DRS staff are not involved in Commission decisional processes and do not advocate positions or conduct investigations for the Commission. Learn more about the processes and services DRS provides.

Benefits of the ADR Process

Using ADR may have a variety of benefits, depending on the type of ADR process used and the circumstances of a particular case.  ADR is usually less formal, less expensive, and less time-consuming than a trial. ADR can also give people more opportunity to determine when and how their dispute will be resolved.

A promise of confidentiality allows parties to speak openly without fear that statements made during an ADR process will be used against them later.  Confidentiality can reduce posturing and destructive dialogue among parties during the settlement process.

In ADR, parties typically play a greater role in shaping both the process and its outcome. In most ADR processes, parties have more opportunity to tell their side of the story than they do at trial. Some ADR processes, such as mediation, allow the parties to fashion creative resolutions that are not available in a hearing. 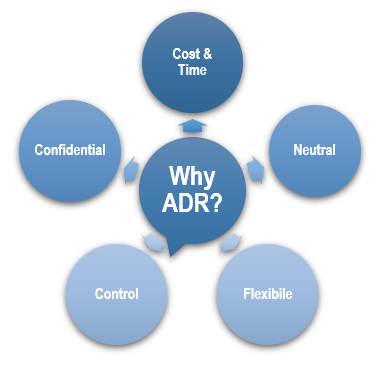 A dispute often can be settled or decided much sooner with ADR; often in a matter of months, even weeks, while bringing a matter to trial can take a year or more. When cases are resolved earlier through ADR, the parties may save money they would have spent on attorney fees, court costs, experts' fees, and other litigation expenses.

While ADR cannot guarantee a resolution will be achieved among the parties, ADR works well and succeeds when parties work cooperatively and focus on identifying and satisfying their concerns and interests.  The alternative to ADR is almost always litigation, which is generally more adversarial, with parties entrenched in their positions.

ADR can be a less adversarial and hostile way to resolve a dispute. For example, an experienced mediator can help the parties effectively communicate their needs and point of view to the other side. This can be an important advantage where the parties have a relationship to preserve.

ADR encompasses a variety of dispute resolution methods, including:

Mediation –The neutral mediator assists the disputing parties to voluntarily achieve a mutually satisfactory resolution or agreement through confidential communication.

Conciliation - Relationship building through the use of a third party conciliator to help bridge communication gaps, clarify misconception, deal with strong emotions, and build trust so the disputing parties can work together.

Facilitation - A third party facilitator uses techniques to improve the flow of information in a meeting or a series of meetings to accomplish particular goals.

Subject Mater Expert or Early Neutral Evaluation – The parties in consultation with the neutral may request the non-binding opinion of a technical or legal expert on how the Commission may view a particular set of circumstances based on case precedent.

The DRS also provides other services in its effort to promote collaborative conflict prevention and alternate dispute resolution, please contact us for more information: