Judge Cintron was an attorney at the Federal Communications Commission (FCC) for 14 years. For 12 of those years she served in the FCC’s Common Carrier Bureau. Judge Cintron also worked as a Trial Attorney for the Puerto Rico Justice Department in the Federal Litigation Division. In addition, she worked in the Puerto Rico House of Representatives as Legal Advisor to the Judiciary Committee on Civil Law.

Judge Cintron is a member of the bars of the District of Columbia and Puerto Rico, and is admitted to practice before the U.S. District Court for Puerto Rico, the U.S. Court of Appeals for the First Circuit, the U.S. Ct. of Appeals for D.C. and the U.S. Supreme Court. In April 2014, she was appointed to serve a two-year term as a volunteer arbitrator for the DC Bar Attorney Client Arbitration Board Fee Arbitration Service. She served two terms as a Hearing Committee member and subsequently as a Board member from 2009-2012 of the Board on Professional Responsibility of the District of Columbia Court of Appeals. She served as the Mount Vernon representative to the Fairfax County Commission on Organ and Tissue Donation and Transplantation. Previously she served as an officer of the D.C. Hispanic Bar Association. 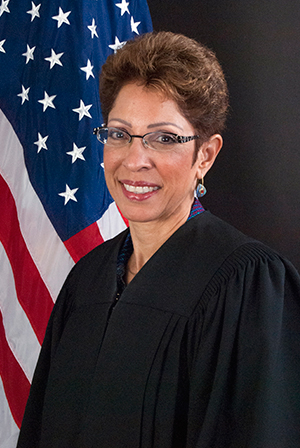