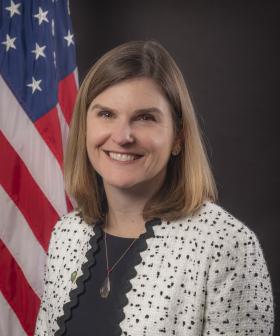 Commissioner Allison Clements has two decades of public and private sector experience in energy regulation and policy, representing utilities, independent power producers, developers and lenders, nonprofits and philanthropies on grid policy issues. Commissioner Clements is the founder and president of Goodgrid, LLC, an energy policy and strategy consulting firm. Previously she spent two years as director of the energy markets program at Energy Foundation. Prior to her time at Energy Foundation and Goodgrid, Commissioner Clements worked for a decade at Natural Resources Defense Council in New York, NY, as the organization’s corporate counsel and then as director of the Sustainable FERC Project. Before that, Commissioner Clements spent several years in private legal practice, with the energy regulatory group at Troutman Sanders LLP (now Troutman Pepper) and then with the project finance and infrastructure group at Chadbourne & Parke LLP (now Norton Rose Fulbright).

Commissioner Clements has served as a federal energy expert in several capacities, including as a member of a National Academies of Sciences committee on grid resilience, as co-chair of the Bipartisan Policy Center’s electric grid initiative, and as a clinical visiting lecturer at Yale Law School.

Commissioner Clements grew up in Dayton, Ohio. She has a Bachelor of Science from the University of Michigan and a Juris Doctorate from The George Washington University Law School.

Tweets by https://twitter.com/ClementsFERC
View All Tweets